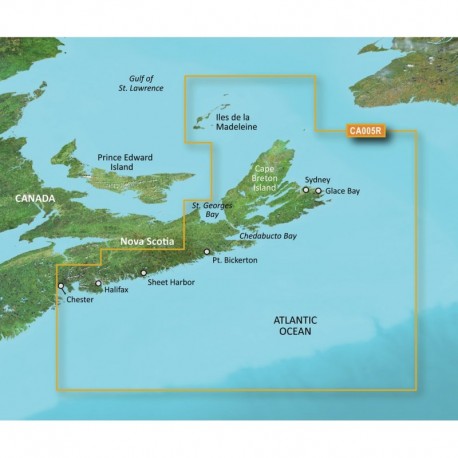 Covers eastern Nova Scotia from Halifax to Sydney, around Cape St. Lawrence, and down to Antigonish, including Chedabucto Bay and St. Georges Bay. Also includes the Iles de la Madelaine to the north and Sable Island to the south.